Showing posts with the label Season
Show all 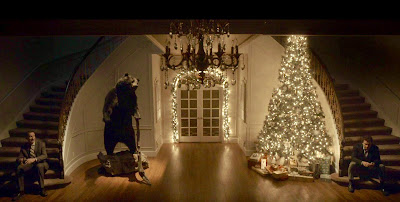 The following is a review. The season being reviewed originally aired on FX between April and June of 2017. At the request of those who haven't seen the show, this review will keep spoilers to an absolute minimum. Out of respect for the series's creator and stars, the descriptions and discussions that are included will be presented as accurately as possible.
------------


Only this isn't just a review: it's a murder scene.

The victim is in their late seventies, and the manner of death was asphyxiation. They may have gone by several names throughout their life, but around here they were known as the "Christmas episode." In life, they were a concept of an episodic holiday installment of a television series. They stood out from their peers in only one respect: they were set at or about Christmas.

Anything else could change. Maybe they were a self-contained narrative, or maybe they were an episodic installment of a longer series playing out in real time. Hell, the…
Post a Comment
Read more
More posts