I know that most television is supported by either advertising or subscription fees. That’s why, whether it’s CBS or HBO, when a channel allows its content to stream online, they want you to either watch ads or pay money for the privilege.

But what about television that is nothing but ads?

I did not know that QVC is constantly streaming two live channels on its website, but on reflection, I should have guessed.

QVC is big on Christmas in July, apparently because of the historic shipping lag in ordering products off the TV. They hold a big sale and release a lot of Christmas merchandise, with a special return policy that extends through January of the next year, I guess in case you buy a present which falls flat. Or maybe so you can buy for the people you think will still be your loved ones by the holidays, but you never know. I mean, what if they found out you shopped at QVC?

We watched some samples of the Christmas programming provided this year.

I forgot how long these segments are, if I ever knew. I watched (okay, watched and/or listened) to this for almost half an hour, and they only featured four items. The presenters need to stretch constantly so that viewers at home can decide that they want it and call in while it’s still on-screen. One person explains the item, and the other seems to be there to exclaim at how awesome it is. 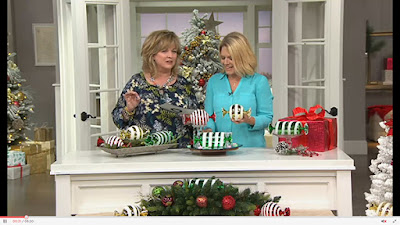 All the pieces they were featuring were decorative items, and I admit, if they had been just a little cheaper I might have been tempted. This is just the sort of ridiculously garish stuff we’re probably going to want if/when we buy a house. 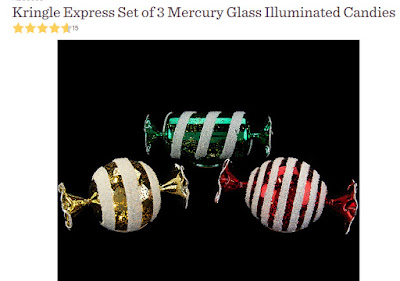 My favorite part was when the presenters tried to suggest non-Christmas uses for some items. I mean, it’s not an awful idea to use a light-up blue banner that reads “Let it Snow” at a birthday party for a girl who likes Frozen… but it’s not exactly a good idea either. 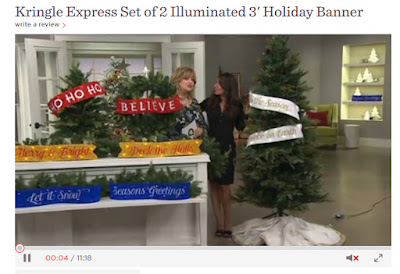 We watched about fifteen minutes of this, and saw caramel apples, bulk gourmet popcorn, and single-serving meatloaf.

I was overall weirded out by the idea of shopping for holiday food this far in advance. They explained that you would pick from a few different “ship dates,” but it was still weird to me. The popcorn didn’t look as good as stuff we can get locally.

And then there were the meatball-things. Apparently there’s a market for microwavable meatloaf in red holiday paper cups, because the presentation lady kept updating how many had sold while we were watching in disbelief. They looked gross, and the guy from the company shilling them bemused me. He kept trying to emphasize that “all the ingredients are right there, you can see them” while gesturing to this picture-perfect platter of vegetables.

They didn’t have any sample visual for the meat. 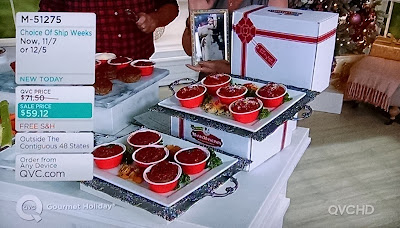 The chic lady talked a good game, but when she tried a meatball she couldn’t quite hide her grimace.

Erin was so enamored by the item, he took a picture of the screen. If you're interested, they might still have some leftover for sale on the site: 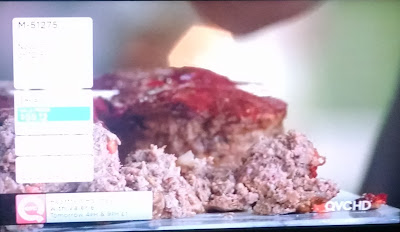 This turned out to be an hour-long piece about that day’s special on Christmas trees. (We didn’t watch the whole hour, as it quickly became repetitive.) These particular trees had a variety of remote-controlled lighting functions, some of which Erin described as “pretty cool.” 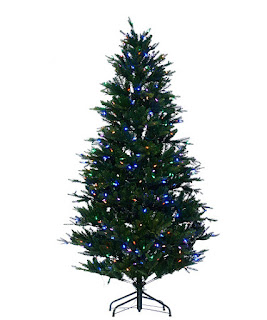 They hardly ever got close-up on the branches, though, leaving us skeptical as to the actual quality of the trees.

I checked this out for a while, hoping for a few more fun decorative items. The big battery-powered sparkle light things were kind of neat, although again the hosts began to strain credulity in their attempts to suggest non-holiday uses for the item.

I finally turned off QVC after about five minutes of ridiculous Lenox angels. 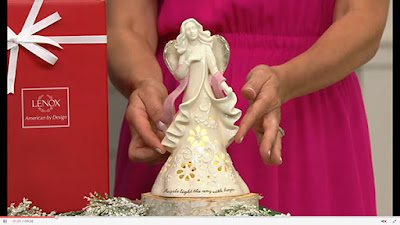 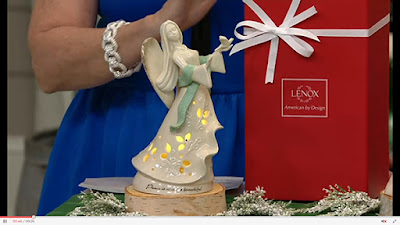 Because if I had to hear that lady say one more time that a light-up 50-dollar porcelain Angel of Hope dusted with 24-karat gold would be the perfect gift to your friend or loved one who is having a hard time, I’m not sure I could be held responsible for my actions.

Anyway, if you thought that getting rid of your television meant you were giving up ridiculous advertising-white-noise in the background while you clean or cook or sleep, you'll be happy to know that QVC is available both on http://www.qvc.com/ and YouTube.
Christmas in July Lindsay