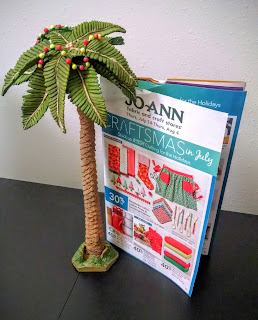 E: Okay, so that’s Christmas. In July. What in hell did we learn?

L: That way more people are obsessed with Christmas card photos than we ever imagined.

E: I know, right? Your Family or Mine, Rugrats, and… okay, just two, I guess. I could have sworn there were more, too. The Lizzie McGuire episode is basically the same idea, but with a music video instead of a portrait.

Okay, let’s talk best and worst. What did you like from this? Setting aside Rudolph and Frosty’s Christmas in July for a minute - we’re both on the record digging that. Of the new stuff we saw, what surprised you most?

L: I liked Miss Fisher’s Murder Mysteries, but that isn’t a surprise. It was a bit of a surprise that it was Christmas in July, technically. It was such a traditional Christmas mystery, just in Australia, so if they wanted a proper ‘people dying in the snow’ it had to be set in July.

E: That one grew on me. I started out a little bored by it, but as it moved along, they ratcheted up the tension. I mean, only…
Post a Comment
Read more 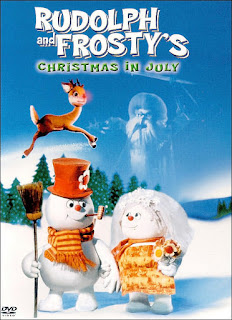 First of all, we've covered this already, over here. Lindsay wrote up a pretty glowing review for this and slapped on a "Highly Recommended" label, mainly because it managed to coalesce nearly the entire Rankin/Bass catalog into a single coherent Christmaverse and rebuild Rudolph's backstory using a mythic structure.

I'm not writing this as some sort of retraction, though upon rewatching, I do want to roll back the unconditional love we showered on it the first time around. While it accomplished everything listed above, that accounts for around fifteen minutes of its hour and thirty-seven minute run time. The rest oscillates between a series of mediocre love songs and a holiday-themed stop-motion circus show.

Obviously the main reason I want to revisit this now is to focus in on the "Christmas in July" elements we more or less skipped over the first time. Also, there are 31 days in July, we're doing our best to hold to our post-a-day commitment, an…
Post a Comment
Read more 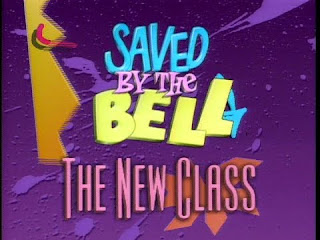 I’d like to say that we saved the worst for near the end on purpose, but it was just challenging to get a hold of this episode. It turns out that these DVDs are out of print for a reason.

Here’s what I know about Saved by the Bell: There was a character named Screech, and it must have come on after something I watched regularly, because the theme song is familiar.

So, with that lack of knowledge in place, let’s begin.

This is a heavily Christmasy episode, which we appreciate, and it packs an impressive amount of plot into 22 minutes. It does this by making every line, beat, and sound effect exquisitely painful to experience, thus extending the subjective time spent watching.

I can’t say this enough: do not under any circumstances watch this show. Making it was a waste of electricity, props, and craft servi…
Post a Comment
Read more 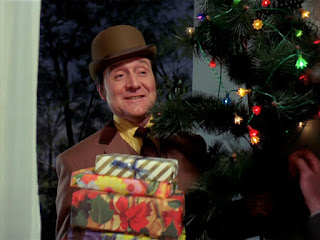 That's the British Avengers - a pair of super-spies - not their American counterparts. These Avengers predate Lee and Kirby's team by a couple of years.

I'm not 100% certain of this, but I think this is the first full episode of the classic series I've ever seen. It won't be the last - there's an actual Christmas episode from 1965 that's on our list. I have, however, seen the 90's movie, which I kind of love despite the fact it's an awful movie.

Apparently, the one we just watched isn't the best to start with. Both tonally and structurally, it's a long way from the norm. The episode opens with Steed and Tara going separate ways. Tara, filling in for the more iconic Emma Peel, is barely present at all: other than this scene and a few at the end, this is a solo adventure for John Steed, who's going to visit some old friends to celebrate Christmas in February.

Quick aside: I think we've already made it pretty clear that we're playi…
Post a Comment
Read more 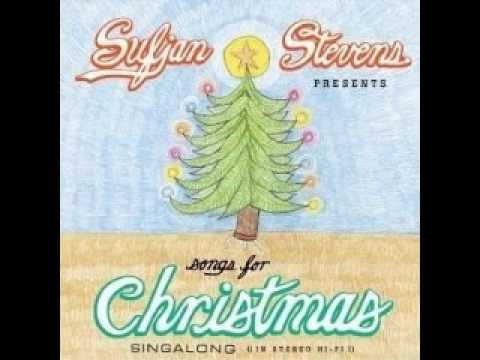 Christmas in July is not the source of nearly so much music as its wintry predecessor, but there are a few songs out there.

I’ll start with the one that we already had in our library. This singer is not my style, especially when it comes to holiday music. It’s not terrible, but it is not something I would actively choose to listen to again. The singing is just this side of whining, the edge of dissonance annoying, the lyrics thin and probably meaningless.

In this case, it seems Christmas in July is a metaphor for something being out of place, I guess? The only edge of meaning I can get out of this is annoying - anyone who alludes to the fish on a bicycle saying in the context of “missing a chance” doesn’t deserve to get the girl who eluded him. 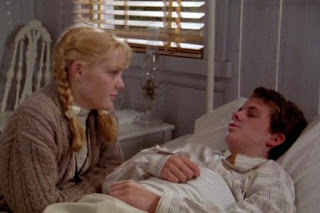 When we borrowed this DVD from the library, I wasn’t sure whether I had seen this show. It turns out that my confusion is because the Disney Channel just called this show “Avonlea,” because the opening sequence was definitely stored in my deep memories.

Avonlea, or Road to Avonlea, is sort of a spin-off of Anne of Green Gables, based loosely on other L.M. Montgomery stories and produced as a joint production between a Canadian television station and the Disney Channel. That should be enough to give you an idea. It’s a melodrama, a soap opera safe for children, following the citizens of Avonlea through the vagaries of their lives.

However, I don’t remember this episode at all. It mostly focuses on Cecily King. I have some memory of her mother as a character, but I don’t remember her. (Aha, Wikipedia tells me that the character’s actress switched around this time.)

Cecily has tuberculosis, like you do if you live in the early 1900s and need some extra drama. She has been taken into a p…
Post a Comment
Read more

The Existential Horror and Pagan Connections of Christmas in July 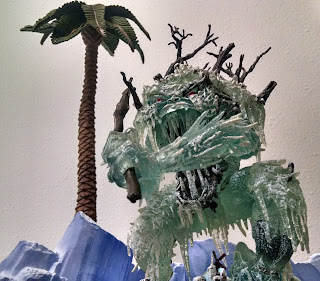 When we started this project, I expected media built around Christmas in July parties, along with a few "Santa in the off-season" stories, and maybe a few things that related to marketing events. What I wasn't expecting were stories built around pagan themes and elements of horror. But there were quite a few.
It turns out that Christmas in July, for all its jovial connotations, is potentially an extinction level event. In hindsight, I probably should have seen this coming.

At its core, Christmas - or more accurately the Solstice, but they're really one and the same - represents a sort of perceived compact with the seasons. The celebration marks the turning point when the days start growing longer. It's a ritual for bringing back the sun's light and warmth.
In this form, the invocation of Christmas in July can represent a shattering of this compact. But uncoupling Midwinter from its rightful place in time, we're potentially bringing about the coldest, dar…
Post a Comment
Read more
More posts