Showing posts with the label Miniseries
Show all 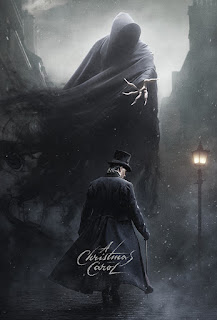 In a world where multi-season series are now set during the holidays, an actual three-episode miniseries almost feels quaint and old-fashioned, but that's exactly what the BBC's 2019 take on A Christmas Carol is. We've been meaning to watch this for a few years now, but somehow never got around to it until now. And now that we've finally watched this, I can definitely say... it is not what I expected. More specifically, it's completely different than it was marketed, and not just because the teaser made it look kind of good . From everything I'd seen about this, I'd assume it was going to highlight the horror aspects of its source material, which I've long felt get overlooked. But aside from a veneer vaguely mimicking that genre and a few jump scares, this isn't at all a horror in tone. First and foremost, it feels like a melodrama, with touches of horror and - surprisingly - comedy tossed in. Even more surprising, it's kind of a stretch to call
Post a Comment
Read more It's been a good time for foreign Christmas miniseries, thanks to streaming platforms being desperate for content. Continuing that trend is Días de Navidad, a three-episode Spanish show chronicling the lives of four sisters across different eras and - to a degree at least - genres. That last part is an aspect I'm probably going to fumble a bit, because I have a feeling there's an entire meta-narrative I'm missing concerning Spain's recent history and popular media. More on all that in a moment - first let's dig into that premise a bit. Actually, before we get to even that, let's start with a spoiler warning and a somewhat tentative recommendation. I liked this quite a bit, but I imagine the style and tone of this series will turn a lot of people off. This leans heavily on its drama and at times almost feels like a soap opera (albeit one with money to burn). To be honest, I'm not sure why this didn't bother me more - normally, I don't give drama t
Post a Comment
Read more 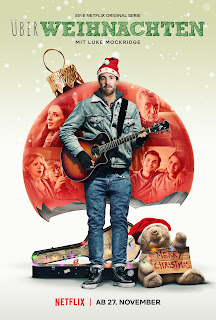 Over Christmas is a German dramedy miniseries streaming on Netflix. It's getting a little hard to tell, but I believe this was actually a Netflix production, rather than a series they picked up after the fact, though I suppose that's kind of academic, anyway. Supposedly, there's a second season in the works. The story centers around Bastian, a former resident of a small German town who moved to Berlin after high school to pursue a career as a musician. To put it mildly, things haven't been going well - he's still pining over a breakup the year before, he's working in a call center, and his auditions haven't been going well. But despite everything, he's excited to return home for Christmas. So you already know that's going to go poorly. Really poorly, in fact, beginning with the rather abrupt discovery the ex he's pining over shows up to spend Christmas as his brother's guest. Bastian then hooks up with one of his brother's exes, he and hi
Post a Comment
Read more
More posts