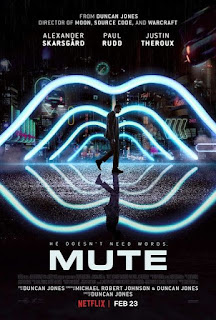 Distributed by Neflix and widely panned by critics, Mute is an SF/noir movie directed by Duncan Jones and set (spoiler alert) in continuity with Moon. I liked this quite a bit more than the average critic, but I won't deny it was a deeply flawed film.
If you hear the words "SF/noir" and immediately think of Blade Runner, you have the right idea - Duncan was quite open about drawing his inspiration from Ridley Scott.
Oh, also it's set at Christmas. I was a little surprised by that - I put it on because I'm a fan of the genre (the SF/noir genre, I mean, though obviously I'm also a fan of Christmas movies). It wasn't until decorations started popping up that I realized I'd be writing a review. More on all that in a bit.
Set in the not-too-distant future of 2035, Mute follows two plot lines simultaneously. The ostensible POV character is Leo, a mute Amish man living and working in Berlin. He more or less lives for his girlfriend, Naadirah, a blue-haired …
Post a Comment
Read more 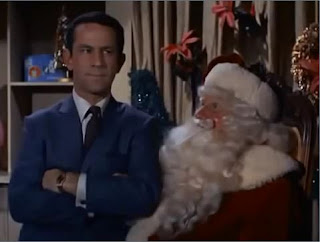 Get Smart was an espionage parody about counterintelligence agents battling an organization of international spies and criminals. Mel Brooks is credited as a co-creator, so it probably shouldn't be surprising to hear this show completely holds up. It's bizarre and quirky, and even more than fifty years later, the antics of Don Adams (who'd later voice Inspector Gadget) remain hilarious.

"Our Man in Toyland" was only the fourth episode aired. It should be noted that its inclusion here is somewhat questionable. Logically, the episode must take place during the holiday season, but the show is intentionally illogical to the point, I'm not sure the justification was anything more than a joke.
The premise of the episode is that KAOS, the aforementioned SPECTRE stand-in, is using a department store as a front to sneak state secrets out of the country. CONTROL (a.k.a.: the good guys) send in a handful of agents to determine how they're accomplishing this.
The ma…
Post a Comment
Read more 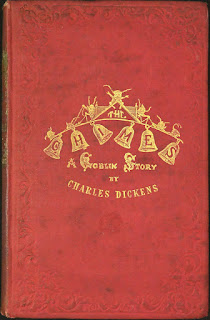 
The Chimes: A Goblin Story of Some Bells that Rang an Old Year Out and a New Year In
Charles Dickens, 1844

Wow. I wasn't really expecting greatness with these, but I am surprised how much this actually feels like a knock-off of A Christmas Carol. Dickens saw so much success from Carol that it makes sense that he would try to recreate that magic, but this piece just... doesn't work.

It follows Trotty, a poor elderly man who scrapes together a living running errands for people and is easily swayed by other people's opinions. His daughter brings him a lunch treat on New Year's Eve with the news that she and her sweetheart are getting married. Then some rich jerks see them and lay down a bunch of relatively nonsensical shaming - t…
Post a Comment
Read more

The Avengers: Too Many Christmas Trees (1965) 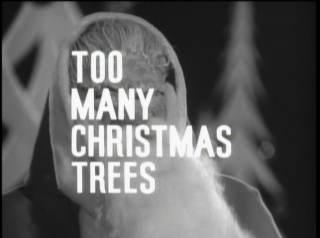 Not to be confused with Earth's Mightiest Heroes, the Avengers was a British spy series from the 60s which cycled through a number of iterations and styles. We've looked at a later episode, "Take-Over," that sort of fit our loose definition for Christmas in July (absurdly loose: Take-Over was set in February, and the holiday elements only appeared briefly).

"Too Many Christmas Trees," on the other hand, was far more entrenched in holiday fare. It was also a more iconic example of the series, featuring Emma Peel, by far the best known of John Steed's partners.

In this one, they're pitted against a team of psychics attempting to steal national secrets from Steed's mind by eroding his sanity through a series of yuletide nightmares.

This should already be obvious, but I loved the hell out of this episode.

All of this is set at an English mansion where Peel was invited for a Christmas party. She invites John after the idea to bring him just pops int…
Post a Comment
Read more 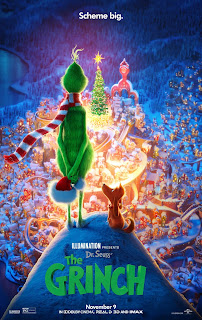 All the kids in the theater liked the Grinch film that day, but Erin found the experience rather blasé.

I know, I know - we've already released a podcast reviewing The Grinch, but I wanted to cover a few details we glossed over, like the plot.

It's worth noting the story is a little different this time. Or rather, it's almost entirely the same, but the reasons things occur, along with what that implies, is completely different.

Like the original, this revolves around the Grinch, a green-furred individual living on a mountain overlooking Whoville, a town of elfin creatures who live for Christmas. Unlike the original, the Grinch isn't a monster in any sense of the term. He lives apart from the Whos, though he regularly goes into town for groceries. While there, he's somewhat misanthropic, but not to the degree he's shunned or even disliked. One of the Whos even considers him a close friend (though the Grinch doesn't share the sentiment). 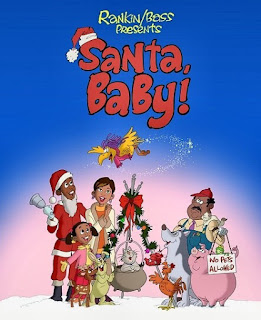 You know Rankin/Bass, it's the company behind all the classic stop-motion holiday specials. This has exactly one thing in common with those: it's loosely inspired by a holiday song.

And I do mean loosely. You might think that the song in which the singer offers to trade "Santa" implied sexual favors for material goods and marriage isn't exactly screaming to be made into a kid-friendly animated special, and you'd be right. But we can't lose that name recognition, so the song is awkwardly shoved in twice.

The plot follows a little girl named Dakota, whose father is a songwriter with writer's block. (He does not write "Santa Baby.") Also, Dakota is obsessed with animals, and the superintendent of the block (because that's a thing?) doesn't want animals in the buildings and keeps threatening to close down the local shelter.

Honestly, the shelter needs something because the assortment of animals there is utterly bizarre, including a dog …
Post a Comment
Read more 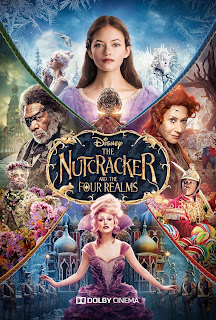 Lindsay and I already discussed our reactions to The Nutcracker and the Four Realms in the Mainlining Christmas Podcast, but I wanted to cover a few aspects we omitted. Apologies in advance for anything redundant.

Speaking of redundancy... we talked briefly about comparisons between Four Realms and the 1979 stop-motion special, The Nutcracker Fantasy, but it's worth noting the similarities are more than superficial. Both movies lean in heavily to Wonderland parallels, they incorporate ballet in a similar fashion, they make heavy use of clockwork imagery, and even use some of the same color pallets. I'm not sure if this is a case of them drawing from like sources or if Four Realms was partially inspired by Fantasy, but it's certainly notable.

The story of Nutcracker and the Four Realms differs from any source material I'm familiar with. Clara, the film's protagonist, is mourning the death of her mother, Marie, along with her family. This is something of a Pandora&#…
Post a Comment
Read more
More posts