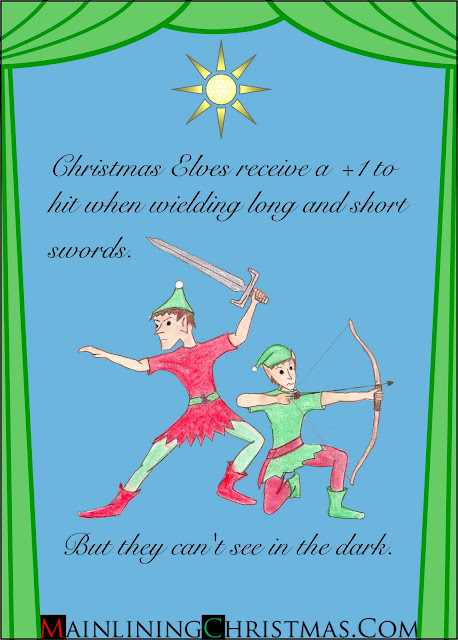 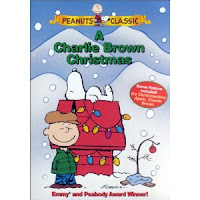 I don't think it's possible to deny this is one of the four pillars of animated Christmas Specials, along with the Grinch, Frosty, and Rudolph. Of those, I think this and the Grinch stand a little above the other two.  I like both Rudolph and Frosty, but I think they have some serious flaws.  Personally, I'm of the opinion that A Charlie Brown Christmas is more or less perfect. There are a few things that really impress me.  The first is that, by rights, I shouldn't be interested in this.  My love of Christmas is almost entirely founded in the fantasy aspects of the holiday: Santa Claus, magic, and all that.  The Christian elements have no inherent interest to me.  I'm not religious now, and I never have been.  In almost every case but this one, the "Christmas Story" bores the hell out of me. But not here.  When Linus gets up on stage and the music goes silent, my eyes and ears are glued to the screen while he delivers his monologue.  The line, &
Post a Comment
Read more 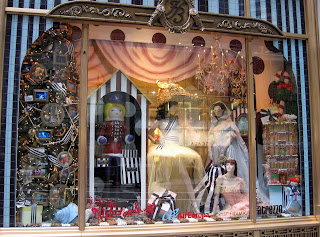 Be sure to check out Part One of my walk up Fifth Avenue. Today we're resuming just North of 55th St, with the windows at Henri Bedel.  I like to call this window the lesbian Nutcracker:
Post a Comment
Read more

You know, I had never seen A Christmas Story before tonight.  I mean, sure, I've randomly flipped through channels while it was on, but I've never actually watched more than a minute or two until now.  The only things I knew about this was that it's known as a holiday classic, there's a kid who wants an air rifle (despite being told he'd shoot his eye out), and that there was some sort of lamp shaped like a leg involved. Now, I know a lot more about this.  For example, I know that it was written and narrated by Jean Shepherd, who, according to Wikipedia , "had two children, a son Randall and a daughter Adrien, but publicly denied this. Randall Shepherd describes his father as having frequently come home late or not at all. Randall had almost no contact with him after his parents' divorce." Right now, I'm kind of glad Shepherd was an asshole.  It makes what I have to say about his legacy much easier. As far as classics go, this one's
11 comments
Read more

Invader Zim is a weird show. It's one I really wanted to like, and kinda did like from time to time, but I generally don't enjoy watching it. If you missed it (it's obscure for some), it's an animated series with a twisted aesthetic, about an alien who is trying, and failing, to take over the Earth. Some episodes were disturbingly brilliant, others just disturbing. This was the last episode that aired in its original run (more episodes were finished but not aired for several years after the show was canceled) and actually given the “Two Million Years in the Future” frame scenes, it almost works as a weird ending. Zim discovers that humans await the return of “Santa” to save them, or something, and Zim decides to play upon their gullibility, disguise himself as Santa, and enslave all the humans. It comes fairly close to working. This episode is mostly worth watching for the ending, which is pretty fantastic, but getting there involves sitting through a lo
1 comment
Read more

The Simpsons Roasting on an Open Fire (1989) 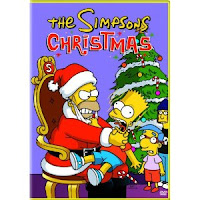 Like almost everyone who grew up in the 80's and 90's, The Simpsons became my favorite show almost the instant it started.  And it took a while for it to be supplanted, too.  The Simpsons had at least seven great years before running out of character-based humor and interesting stories. And this is the one that started it all.  Oh, sure, the characters were on the Tracy Ulman show prior to getting their own program, but they didn't enter the public consciousness until the Simpson's Christmas Special, more accurately called, "The Simpsons Roasting on an Open Fire." I remember seeing this when it first aired.  In a world that's seen Beavis and Butthead, South Park, and Adult Swim, it's hard to convey the power these characters had when they got their first half hour all to themselves.  But The Simpsons predated all that: before Bart, the most subversive animated character most of us had seen was Fred Flintstone. To be honest, I wasn't expecti
Post a Comment
Read more

By Lindsay - December 19, 2010
I have a fairly complicated relationship with Christmas carols.  I was a fervent believer in the separation of church and state from a young age, as well as a fervent non-believer in Jesus, but I love to sing.  This caused few problems in grade school, in which most music was of the non-challenging but secular-ish type: Up on the Rooftop, Here Comes Santa Claus and all that lot. As I got older, more religious music came into the “Winter” concerts, as they were called, and the teachers always tried to balance the songs out: a few explicitly Christian, a few holiday/secular, and one leftover slot for a Hanukkah tune. They didn't have a very large library of Hanukkah songs; I've probably sung “Hevenu Shalom Aleikhem” more than some actual Jewish kids. I grumbled privately about singing religious songs in school, but for the most part those songs have really lovely music, so I didn't grumble much. For a while I was obsessed with this version of Do You Hear What I Hear tha
Post a Comment
Read more
More posts