Showing posts with the label 2014
Show all 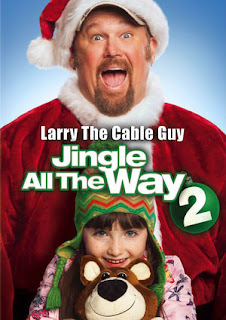 When I heard there was a sequel to Jingle All the Way starring Larry the Cable Guy, I kind of hoped it would be a literal sequel, with him taking over Schwarzenegger's part. No such luck: the movie's sort of a spiritual sequel, borrowing elements from the premise and using them to tell a new crappy story. Before I go on, I want to state that I found the experience of watching this extremely unpleasant. That being said, I'm forced to concede that this was actually a better movie than the original. Granted, that is an incredibly low bar to clear, but I was somewhat still surprised. Not pleasantly surprised though: I dislike Larry the Cable Guy's shtick and was rooting against this movie. I'd have rather a scenario where I could simply say it was an abysmal pile of idiotic crap, as opposed to a nuanced pile of mediocre crap. But we can't get everything we want for Christmas. Larry the Cable Guy plays a divorced father named, "Larry". I'm just
Post a Comment
Read more 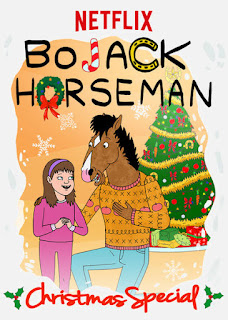 BoJack Horseman is a Netflix animated series about a washed-up actor with a horse's head who had a successful sitcom a few decades earlier. I have, to date, seen exactly one episode, and that's this one. After watching it, I have no plans to watch any more. To be fair, it was difficult to get a read on the series from just the Christmas special, which - based on episode descriptions on Wikipedia - seems to be extremely different from the rest of the show. This one almost entirely consisted of two characters watching a Christmas episode of BoJack's old show. Given the premise is that the sitcom in question was abysmal, you can probably guess how that went. The frame story just focused on BoJack and his roommate at Christmas. BoJack's depressed, his roommate eats giant candy canes, and... that's about all you get until the end, when BoJack suddenly realizes the importance of spending the holiday with someone. Heart warming, I know. The sitcom episode concern
Post a Comment
Read more 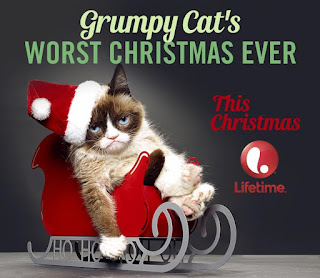 I am not a fan of Grumpy Cat. I know that the cat is fine, healthy, and as happy as you can consider a cat to be, but I find the actual cat off-putting because of the same physical differences that have made her an internet star. I am a fan of the smart people who are making lots of money off their mutant cat. You do you, and put your kids through school. Congrats. I’m proud of my maturity that I can say that, even after watching this…. thing. Grumpy Cat’s Worst Christmas Ever is “of the moment” in the worst possible way. The filmmakers plainly knew that not a single person would care about this movie in six months, and so they stuffed it full of in-jokes and winking, nodding references to the meme, internet culture, and the movie’s own stupidity. I’m not talking subtle, here; I’m talking the cat asking the camera “Why are you still watching?” The problem is that constantly calling out the fact that the movie is stupid doesn’t actually A) make it somehow not stupid or B) absolv
1 comment
Read more 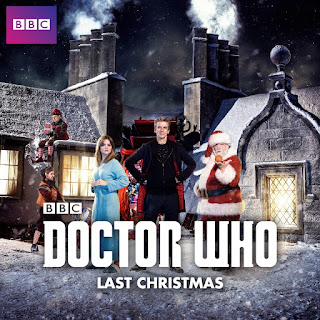 It's a competitive race, but "Last Christmas" has at least got to be in the running as the least rational, most bizarre episode of Doctor Who produced since the show was restarted in 2005. It's essentially a mashup of Aliens, Inception, and The Thing. With Santa Claus. The Jolly Old Elf is played by Nick Frost, who might be the single best named actor to ever take on the role. He does a fantastic job with it, too, embracing the absurdity of a fantasy character showing up on a science fiction show. The opening focuses on Clara, still grieving, rushing to her roof to investigate a loud crash. She discovers Santa Claus and two elves trying to corral their flying reindeer. The TARDIS shows up in the middle of this, and The Doctor appears to trade barbs with Santa before taking Clara away. They soon arrive at the North Pole, where they discover a group of scientists dealing with an alien outbreak. The aliens, called Dream Crabs, are drawn to people who are thinking
2 comments
Read more 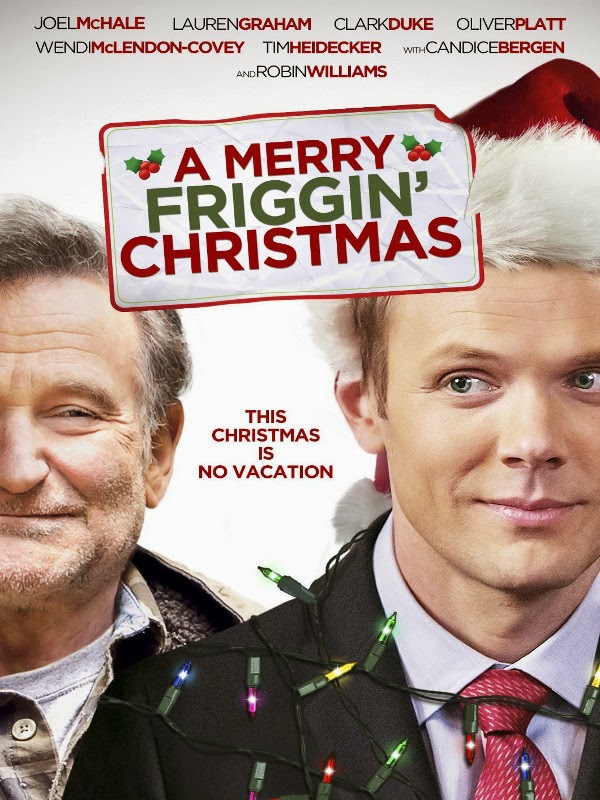 A Merry Friggin' Christmas  is a direct-to-video movie starring Robin Williams and Joel McHale. It's one of Williams's last films, which netted it some publicity prior to its release. If you've seen the trailer, you're likely expecting a slapstick comedy in the vein of National Lampoon's Christmas Vacation . That's certainly what I was anticipating, and I hate   National Lampoon's Christmas Vacation . If you skim the one-sentence blurbs over on Rotten Tomatoes, you get the sense that's what the reviewers were expecting, too. Those reviews are almost uniformly negative - only 18% Fresh at the moment - and the primary issue seems to be that this movie just wasn't that funny. In my opinion, this is another case of critics missing the point. This wasn't all that funny, because it wasn't slapstick: it was a Christmas dramedy. And I thought it was a pretty decent one. The movie focuses on the relationship between its two leads. Williams
Post a Comment
Read more 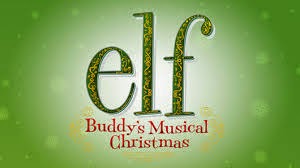 The stop motion characters were capably animated, and the minimalist theatrical backgrounds served as a strong connection to the special's Broadway connections. Likewise, the cast was good - it was great hearing Ed Asner reprise his role as Santa, and (as is so often the case) I didn't even realize I was listening to Mark Hamill as Buddy's father. The music, while somewhat mixed, included at least one great song, which opened the special. Yes, this was made by talented people. And that's the tragedy. Because they wasted their goddamn time on a soulless special that systematically guts everything substantive from a great Christmas movie. Buddy's Musical Christmas seems to be primarily based on the Broadway musical, which I've never seen. Based on the fact it was well received, I have to believe it was better than this. The music was pulled from the show, though I'm guessing most of the songs were truncated. The best of the songs was aforementioned openi
Post a Comment
Read more 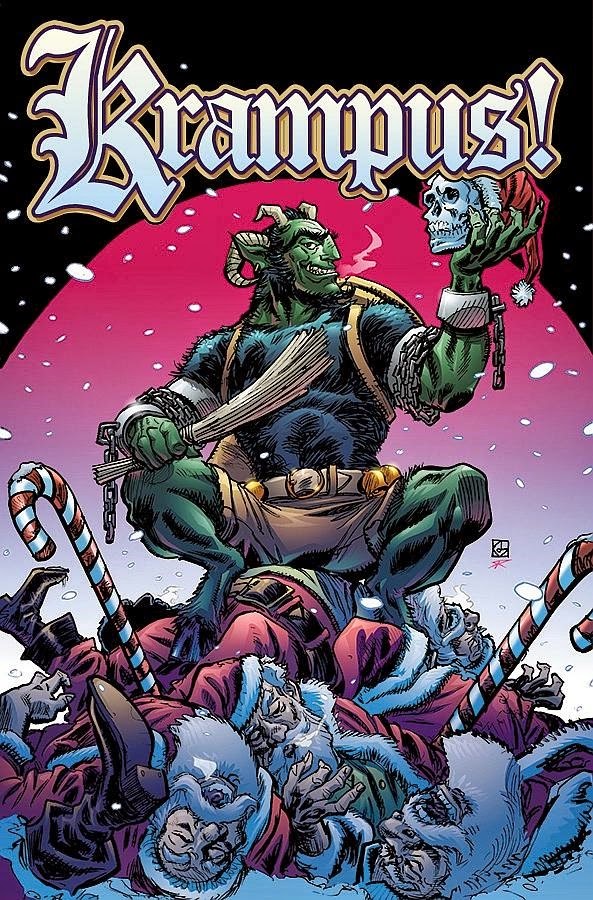 Krampus! 2014, written by Brian Joines, Illustrated by Dean Kotz You know Krampus by now, right? You probably do if you’ve been hanging out on Mainlining Christmas long. So you know that Krampus is a demon companion of Santa/St. Nicholas, who punishes bad children at Christmastime. He’s also the star of this extremely fun comic series. Think of every winter/christmas related character you can. Now expand your horizons a little and you’ll start to get an idea of the world of Krampus! The first issue opens at a dead run to establish the world and the plot premise. Someone has stolen the power source of the Secret Society of Santa Clauses, made up of Christmas gift-givers from across the world. Desperate, the Santas turn to their long-time enemy to help solve the mystery. The snarky infighting among the Santas is plenty of fun, with the main focus being on Father Christmas from Britain, Sinterklaas from the Netherlands and Hoteiosho from Japan, with many of the others taking s
Post a Comment
Read more 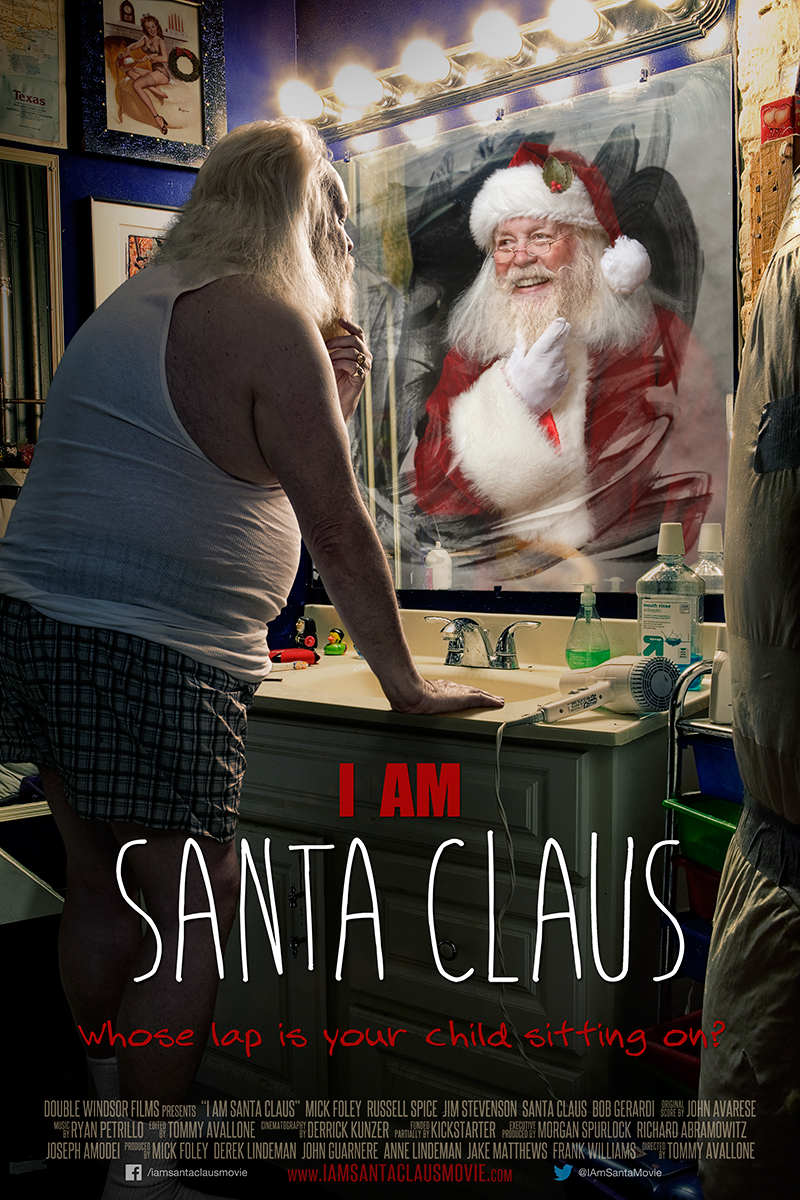 I am Santa Claus is a documentary exploring a number of professional Santas' lives throughout the year. The subject matter is very reminiscent to that explored in Becoming Santa , though the perspective is slightly shifted. Both are fantastic documentaries, but I actually think this was a little more interesting. There were five primary Santas in the movie, in addition to countless minor characters. The movie chose some fairly unique subjects to help you keep them straight, no easy feat given that everyone in the movie is working to become the same character. The most famous subject is Mick Foley, a professional wrestler with a lifelong love of Christmas and St. Nicholas. Like Jack Sanderson in Becoming Santa, he's playing the part for the first time. The documentary introduces the juxtaposition between his former image and his new role, though it's hard to lend much credence to his violent performance: the man comes off as infectiously nice and gentle-hearted. In ad
Post a Comment
Read more
More posts